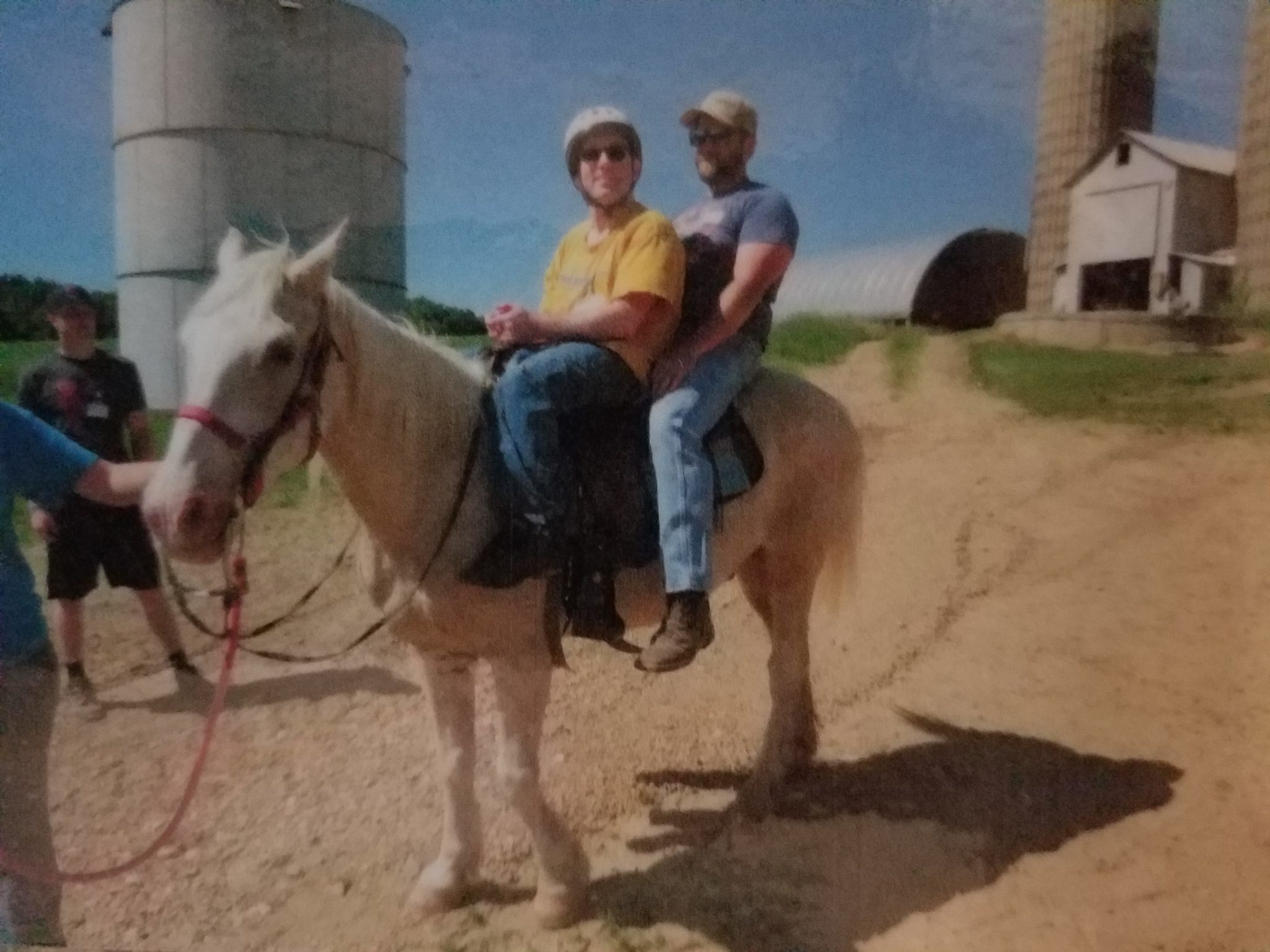 Last year my dad told me there was a post from Miss Colleen on the Special Camps Blog which said “It is with a heavy heart that I cancel Special Camps for 2020. I hope we can come back next year.” I was sad because I knew I would miss Special Camps and seeing all my friends. I was at home checking my e-mail when I got at e-mail with the subject line “Special Camps is on.” I looked at the e-mail and realized there was 3 weeks (2 for adults, 1 for kids). I e-mailed Miss Colleen and asked “If we are in the adult week. Can we pick our week? Miss Colleen said yes. Miss Colleen sent me my acceptance letter. I opened it and the letter opened with “Howdy J Money” little did I know my name tag (for 2021) would have “J Money” on it.”J Money” has been my Special Camps nickname since 2014 (my 1st year). Everybody arrived (for week 1) Sunday June 6th and had to go through a Covid checkpoint.The theme was “Special Camps Olympics” On Sunday night we got our Camp shirts and wore them for the opening ceremony.

Monday we groomed and painted the horses. My team/group went to the pool. Monday night was the first dance party. I did my first trail ride Tuesday Morning and I rode Red Ribbon. I was on my trail ride and was told Shooter was retired last year (I wasn’t expecting that news). Shooter was the horse I had ridden since 2015. The Black Team played kickball Wednesday Morning (Counselors vs. Campers). Campers won 14-11. (I J Money scored the 6th run). Tuesday night we had Bingo and Hayride. I won 3 games of Bingo.

The Black Team handled Flag Ceremony Wednesday Morning. The Flag got tangled somehow. Mr. Sean climbed the Flagpole and untangled the Flag. I’ve been coming to Special Camps for 6 years and I have never seen that happen before. I won 7 medals. On Thursday we had awards ceremony. I won best at Archery. (2 years:2014 and 2021). On Thursday night I found out when we went outside after dinner that the Fire Truck was there to lead the parade for the Closing Ceremony. I was having trouble keeping up with the other teams so Juan asked me if I wanted the golf cart and I said “Yes” the golf cart made it much easier to keep up. The Black Team also played water games and Juan was my designated runner.

This site uses Akismet to reduce spam. Learn how your comment data is processed.